September 2013
Netherlands-based lighting company ELC has a history of developing networking products for the events industry, but not from the comfort of a remote laboratory. ELC’s founder Joost van Eenbergen said, “We started the company nearly twenty years ago by making the equipment we needed for live shows we were working on, and that philosophy continues to this day.”

A member of Joost’s software team, Bart van Stiphout, has been honing his skills on the recent André Rieu gig in Amsterdam. Bart was responsible for managing the extensive lighting network infrastructure, and his work in the field has led to the development of ELC’s dmXLAN v4 network management software.

André Rieu is a highly-respected violinist and conductor who performs large rock- and arena-style classical music events with his orchestra all over the world, particularly Europe and the Americas. Bart works on Rieu’s shows in Europe, designing and hooking up the Ethernet networks and then managing the system during the shows. In Amsterdam, Bart also integrated ELC’s Green-GO digital intercom system into the network, which won the PLASA awards in London and the USA when it was launched in 2011.

Bart explained, “In this show there are approximately 550 DMX-controlled fixtures, mostly moving heads!” It’s easy to see why the Ethernet network needs specialist hardware and a specialist to monitor it. What’s even more special is the specialist for the job is also one of the team responsible for ELC’s product design. No stress there then.

This leg of the tour took place in Amsterdam’s Museumsquare, with a complement of eight lighting towers in addition to the over-stage lighting rig, all connected using a mixture of ELC’s high-speed nodes, 2 into 10 DMX splitters (with RDM), and five Ethernet switches.

This gig also provided Bart with the opportunity to test the newly-released version of dmXLAN software. Joost said, “dmXLAN v4 is the tool our guys needed to do their job, so they created it themselves and we think this software is the best in the business.” Developed for use with both Windows and Mac OSX, the software is free to download from ELC’s website and can be used to configure and monitor a dmXLAN network, and also to control and test lighting fixtures connected to the network, independent of the brand of consoles and lighting fixtures used. The latest v4 version has a completely new look with many improvements, performance enhancements and new functions such as triple universe merging, new softpatch features, full RDM commands and feedback, DMX history, fixture patch importing, and the ability to export and print lists of data.

And how did the Green-GO intercom system connect into this arena-scale network? “We just needed reliable comms between the FOH control and ‘dimmer city’. So I plugged one Green-GO beltpack into a PoE switch by the desks and another into a similar port by the dimmers. Simple.” Instant communication using the lighting rig’s Ethernet network, that’s harmony.

All equipment supplied by Rent-All Netherlands in Bemmel
ELC Equipment: 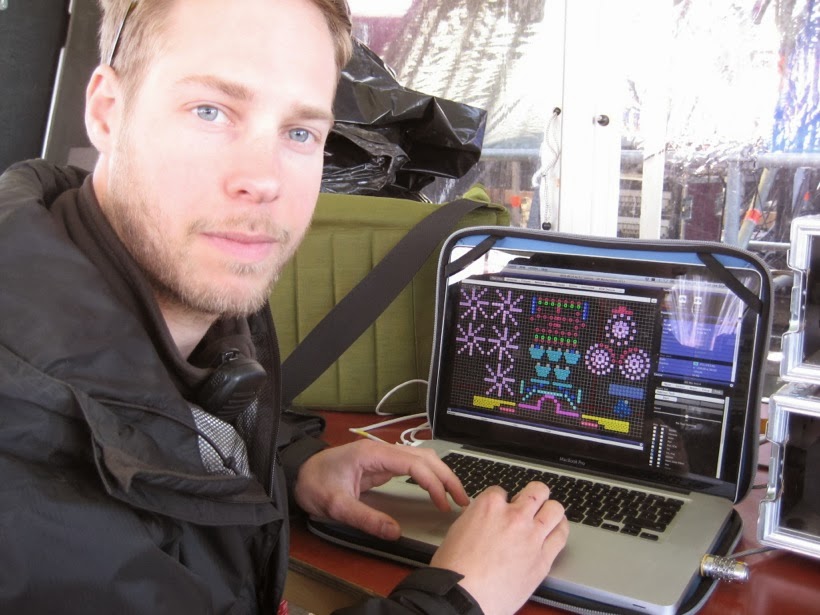 ELC’s Bart van Stiphout keeping an eye on the lighting network with the latest version of dmXLAN management software.